How is the best way to start a retreat? With ice breakers, of course! Here are some of the best ice breakers (and games) for groups of all ages. 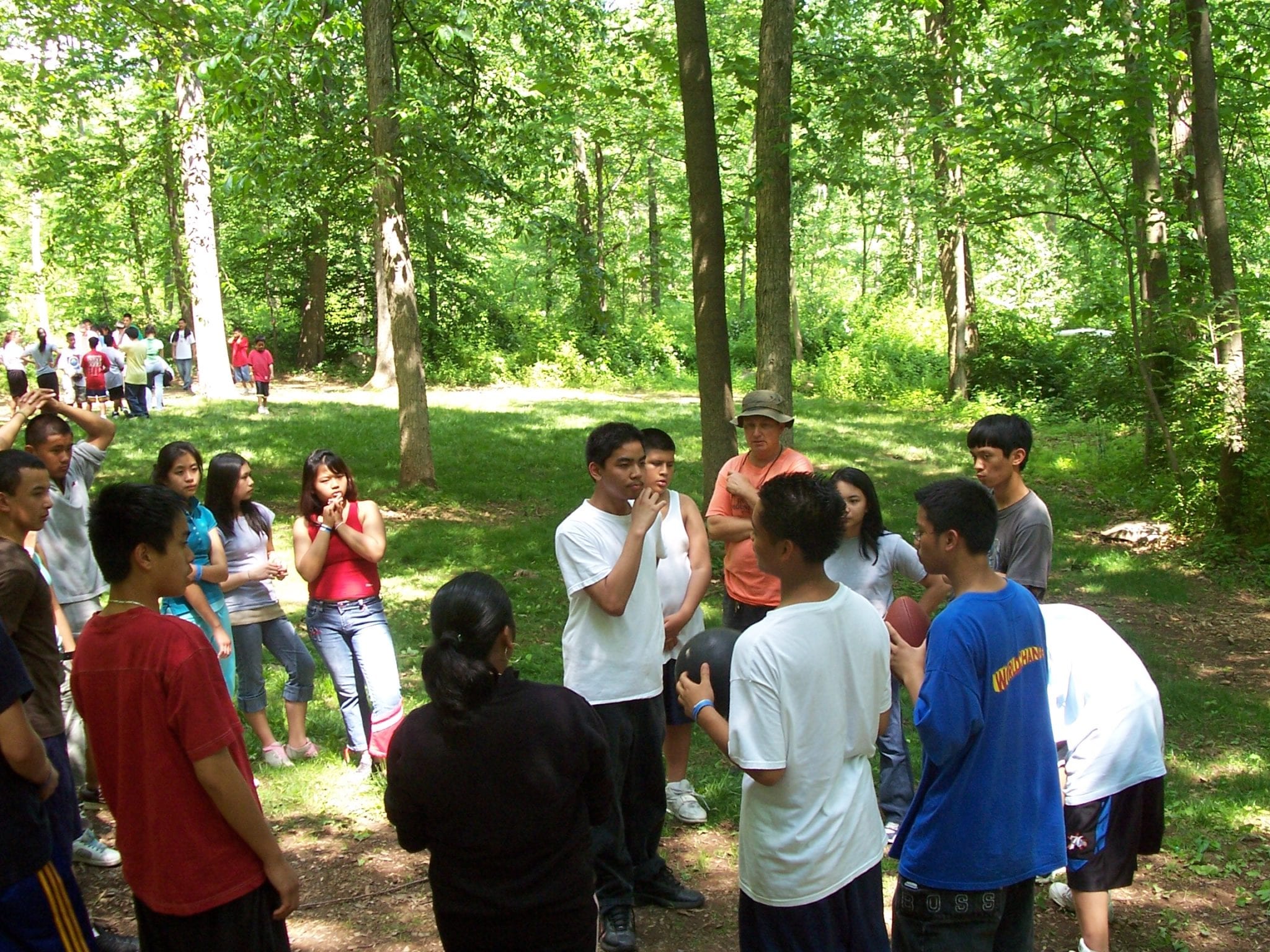 This can be done with small or large groups, but larger groups (between 15-50 or more) are best! You will need a chair for each person playing, minus the one person that is standing in the middle (so if you have 50 people, you’ll need 49 chairs—same with any group size). Set the chairs up in a circle and have everyone except for that one person standing in the middle of the chairs sit.

The person in the middle (especially in groups that people are not familiar with each other) will say, “Hi my name is [his/her name].” Then they will say something out loud about themselves. It can be anything, but here are some great examples.

It really can be anything! The trick is to announce something that other people may have in common with that person. Anyone that has that announced trait in common with the person in the middle, they must get out of their seat and find another chair to sit in. As every person with the common trait is finding a new chair, the person in the middle will also have to find a chair before everyone sits down again. Whoever does not have a chair at the end has to go into the middle and start the process again.

Keep in mind that when standing out of your chair, you cannot sit down in the chair beside your original seat—you must find a chair that has at least one space in between.

Also, group leaders can yell “Train Wreck!” anytime they want to. If this happens, everyone gets out of their chair and must find a new spot. You can play this for as long or as little as you’d like!

This is one of my absolute favorite games to play, and it always brings a laugh! Have a group of two to three people leave the room and to a place where they are out of earshot of the rest of the group. (If it’s a group with less than ten people, then you can have just one person leave the room.) These people will be the psychiatrists. Their goal is to diagnose the symptoms of their “patients”—everyone else that is in the group.

The group of patients come up with a common issue that everyone is symptomatic of. This can be something physical like patient taps their foot twice when answering a question from the psychiatrists, or it can have something to do with your words or something mental. Here are some fun examples that I have used in the past:

Get as creative as you want with choosing a scenario. Once the issue is chosen, the psychiatrists come back into the room, and they can ask anyone in the group a question. It can be any kind of question. Remember, their goal is to find out what’s wrong with the group, so they need to observe any strange mannerisms or ways people are talking. This will help them to solve the issue!

The psychiatrists have three guesses, so ask questions and take an educated guess. If they don’t get it right after three tries, the patients win!

Depending on how large the group is, you can also change the ratio of patients to psychiatrists, but that is entirely up to you. I think it works best when there are only two or three people answering questions and observing—it may be more difficult if there is just one person as the psychiatrist.

The rules are in the name. Set the timer for a minute with a task. The goal is to finish the task before time is up, and if there are people competing—the winner is the one who finishes first. There are a lot of great examples of games out there for minute-to-win-it championships. Here are a few: 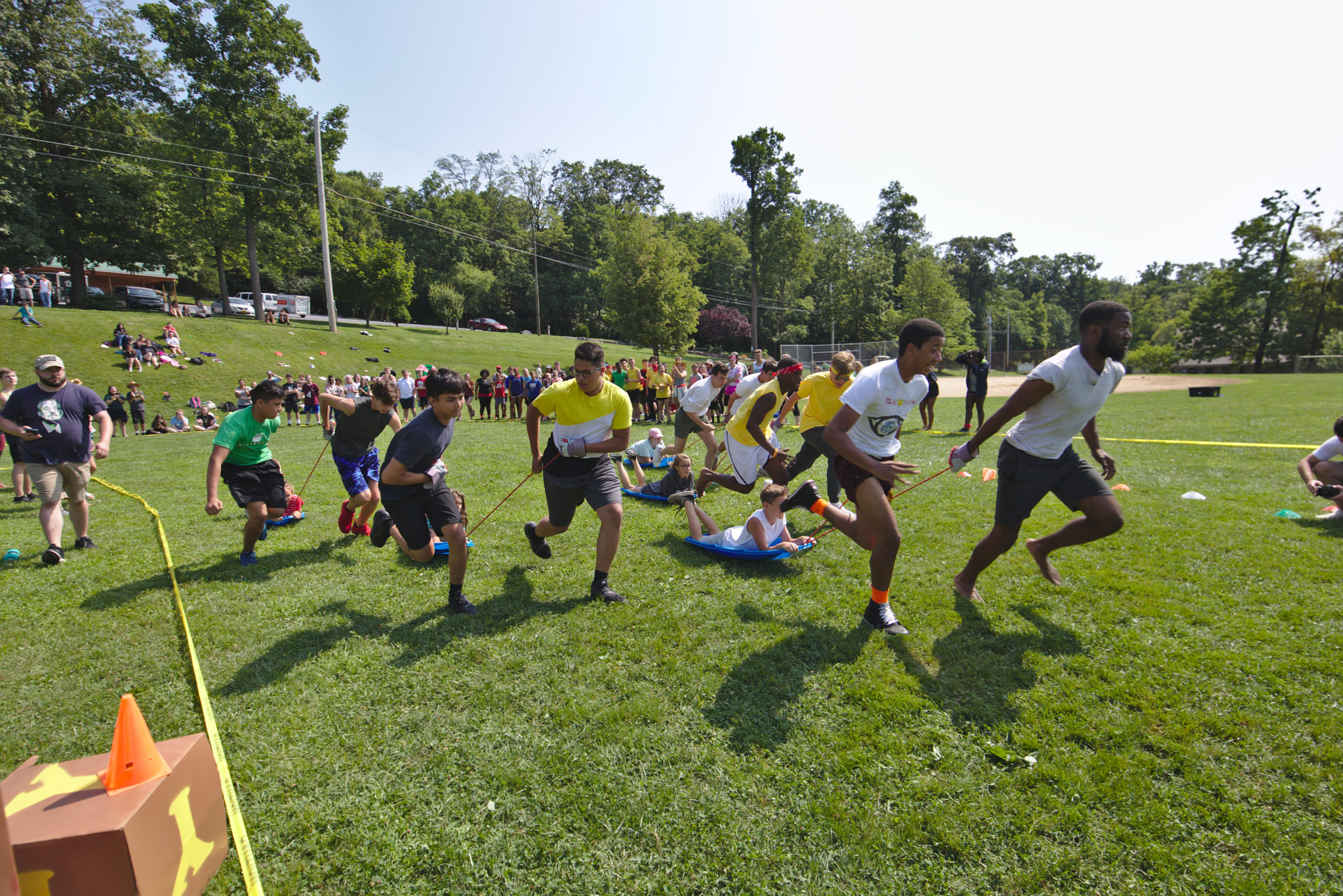 This game works best with between 4-10 people, so if you want to split groups up that would be best, and then the winners can come all together at the end and compete with each other.

Everyone stands in a circle, and one member of the party begins the game. One person at a time, the participants are going to tell the person on their left “pterodactyl,” going around the circle clockwise as quickly as possible. The catch—however—is that everyone’s lips must cover their teeth, which means they can’t smile. If their teeth show, they are out of the game.

To make things more interesting, you can change the direction of play by (after a person says “pterodactyl”) turning to the person to your right and screeching like you think a pterodactyl would sound like. You can even move your arms like wings for added effect.

The person receiving the screech can either go along with the new direction and say “pterodactyl” to the person on their right, or they can reverse the direction again by screeching back at the other person.

Other ways you can get “out” of the game are by looking in the wrong direction when it’s their turn or going too slowly. If they are out, they can act as judges for the remaining participants.

Of course, there are many more games to play out there. Each of these games may start out as uncomfortable for some people, especially if you are all total strangers, but these games end up bringing a lot of fun and joy to your group as you all warm up to each other. Have fun, and stay goofy!

Looking for Something Fun to Do in Lancaster, PA? 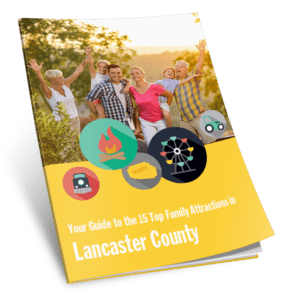 Enter your email below to get our free e-book “Top 10 Family Attractions in Lancaster, PA”